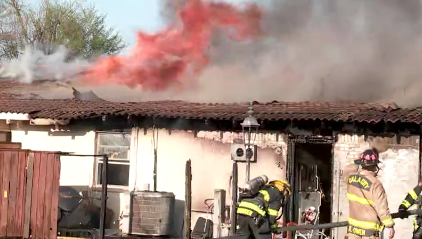 UPDATE: Subway firefighters now say four condos, not two, burned down in Bethany on Wednesday and three firefighters were injured battling the blaze.

Crews were called to the 7100 block of NW 16th, near NW 16th and Rockwell, Wednesday afternoon.

Flames were burning through the roof of the structure. The fire spread to four neighboring condominiums.

Two firefighters were slightly injured and a third suffered from heat exhaustion. The two minor injuries were taken to a local hospital.

The cause of the fire is currently undetermined.

No other details were provided.

Fire crews from Bethany, Oklahoma City and Warr Acres are working to extinguish the fire in the 7100 block of NW 16th, near NW 16th and Rockwell.

It is an evolving situation.

More information will be provided when available.

Pray for Charlie Cruce and the Tulsa Subway System