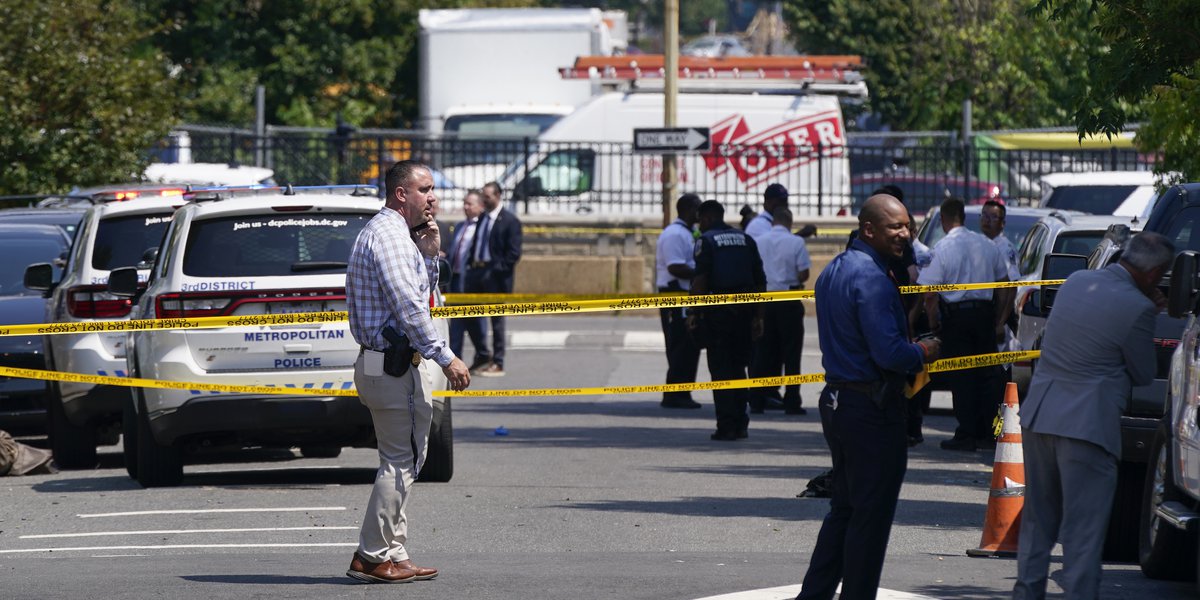 WASHINGTON (AP) — Police say two people were killed and three others injured Wednesday in a shooting outside a senior center and near several schools in the nation’s capital.

The shooting happened just before 1 p.m. when a black SUV pulled up outside the seniors’ residence and two men got out and opened fire, deputy police chief Ashan Benedict said. The men fired at least seven shots before returning to their vehicle and driving off.

A total of five men were shot. Two died at the scene and three others were taken to area hospitals and were treated Wednesday afternoon for their injuries.

Benedict said police were still trying to gather evidence at the scene and were working to identify a definitive motive, but he said the area was known to officers as “an open-air drug market”.

Officers there routinely make arrests for selling narcotics, and investigators believe the shooting was related to those drug sales, he said.

The shooting, which took place about a block from a school, continues a violent trend in the nation’s capital. Homicides have increased for four consecutive years; the 2021 murder count of 227 was the highest since 2003, and the city is on track to surpass that figure this year. Mayor Muriel Bowser, who is seeking re-election to a third term this fall, spent much of the Democratic primary race fending off accusations that she was mishandling the violent crime situation.

“We have to get these people off the streets. We need the criminal justice system to be part of it,” Benedict said. “We can always do better.”