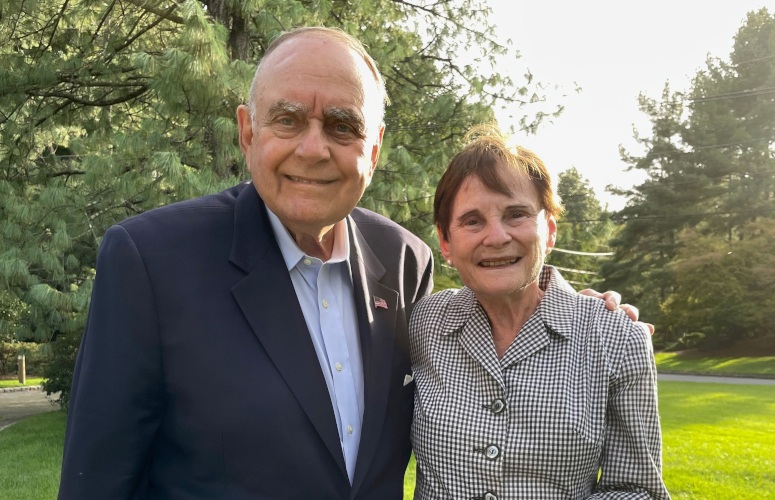 The donation is the largest ever to a New Jersey hospital and will allow the medical center to continue its ongoing transformation into a world-class healthcare facility that provides the highest quality and most advanced care available across the country. New York metropolitan area.

â€œThe Cooperman family has helped us grow into the renowned institution we are today,â€ said Barry H. Ostrowsky, President and CEO of RWJBarnabas Health. â€œToday’s generous donation from Leon and Toby Cooperman is transformative and ensures that our medical center will continue to grow as a state-of-the-art medical campus and a leader in protecting and supporting the health of the community.

Leon and Toby Cooperman, who lived and raised their family in Essex County, have a long history of philanthropy and have already made more than 100 donations to the medical center, including a $ 25 million donation in 2014 that has served as a catalyst for a vast expansion of the hospital. In 2017, a $ 200 million, five story, 241,000 square foot medical building with 114 private rooms and a state-of-the-art neonatal intensive care unit was named the Cooperman Family Pavilion in their honor.

â€œLeon and his family recognize that there is absolutely nothing more important to a community than quality health care,â€ said Bruce Schonbraun, Chairman of the Board of Directors of CBMC. â€œWe know that this historic gift and the name of Cooperman Barnabas Medical Center will inspire others. It is a game changer for us. “

Cooperman’s gift to Saint Barnabas is their biggest ever donation to an institution and crowns a decade of generosity that intensified in 2010 after Leon and Toby took on The Giving Pledge, a philanthropic initiative started by Warren Buffett and Bill and Melinda. Gates, which encourages the richest individuals and families in the world to donate the majority of their wealth to philanthropic causes.

“I’m at the point in my life where I want my donations to have a real impact, and I couldn’t think of any better way to do that than to make this investment in community health care that has given so much to our community. family, â€says LÃ©on Cooperman. â€œThe pandemic has shown us that heroes work in our hospitals every day, and I am honored to help support their work. “

Although Cooperman is one of Wall Street’s most successful financiers, he comes from humble roots. He was raised in the southern Bronx by Jewish immigrants who fled Poland to escape the Holocaust. His father was a plumber. Cooperman attended the New York public school system and became the first in his family to attend college, enrolling at Hunter College (then called Lehman) at the City University of New York with the intention of becoming a dentist. He met his wife in college French class and they were married the same year they graduated, 1964.

After his first job at Xerox, Cooperman received his MBA from Columbia University. He then spent 25 years at Goldman Sachs, becoming general partner and CEO of Goldman Sachs Asset Management. He retired in 1991 and started Omega Advisors, a New York-based hedge fund that amassed nearly $ 10 billion in assets.

Leon Cooperman’s wife, Toby has spent her life advocating for the rights of people with intellectual disabilities. She retired after a career as a special education specialist at the Early Childhood Learning Center in Chatham. His leadership in community organizations is vast. She was a member of the Board of Trustees of JCC Metrowest for over 30 years and a member of the board of trustees of Jewish Services for the Developmentally Disabled and Jespy House. In addition, she has served on the board of directors of the Jewish Community Foundation of MetroWest, the Crohn’s and Colitis Foundation, the former Theresa Grotta Rehabilitation Center and many other organizations.

â€œHospitals like this need and deserve the support of private citizens to ensure that patients have access to excellent healthcare and the latest advances in medical technology,â€ said Leon Cooperman. “I encourage others to follow my example if they are able to do so.”